Five Symptoms of Having It Bad… 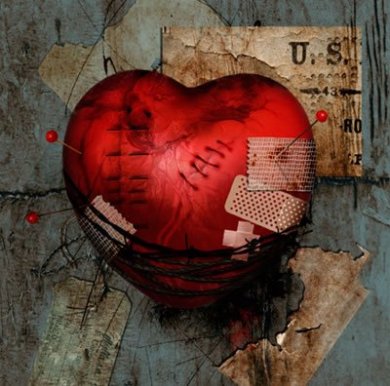 So my iPod and cell phone are both down to dangerously low levels and I still have about twenty minutes before these crews pick up these set ups and go enjoy their weekend. So I decide to cut on the radio for the first time in about a month and I hear…

Usher ‘You Got It Bad’ and like magic I thought of something to write.

I’ve experienced real love and heartbreak in my life. Real fear at the thought of never talking to someone again, you eventually shake it and move on with your life. But you’re never the same, it changes you, it makes you harder. It makes you look at every potential relationship like a sharp knife that you have to be extremely careful with.

So if you’re experiencing any of the five things I’m about to name you need to head to your nearest liquor store and drown your sorrows. Or shoot yourself in the foot to ease the pain but I wouldn’t suggest that because then you’d have a limp and limps are just not sexy. Especially in 2012.

Or you can just call the person and tell them you miss them and hope for the best J.

Five: Every time your phone goes off, a text, call or email you take a good thirty seconds before you look at it hoping it’s her. It doesn’t matter if it’s President Obama on the other end telling you that he’s really your father or Oprah wanting you to try out everything on her ‘Favorite Things’ list. If it’s not her you look at that phone like it’s the most disgusting thing on earth. You actually don’t even want to answer because you’re mad at the person that got your hopes up. If you’re experiencing this you have it bad my friend!

Four: The radio is your worst enemy, your iPod is your mortal enemy and CD’s have no place in your vehicle. Why do you all of a sudden have beef with music? Because there isn’t a song that comes on that doesn’t remind you of some aspect of this woman. It could be something slow that actually speaks to your broken heart or it could be some one-hit wonder rap song that has nothing to do with her or the situation but you’ll create a connection in your mind and cut the radio off soooo fast!!! It could be Jeezy and Wiz talking about Homicide and you’ll still get mad. Music is unlike any other art form because words will always relate. If you all of a sudden want to wear earmuffs in June to block out the radio reminding you of her… You have it bad buddy…

Three: You start to forget all the bad things about her and hold every other woman to this imaginary standard that Michelle Obama or that new hot chick on Single Ladies couldn’t even live up to. It’s like all her sins are forgiven and all you want is for her to call and say ‘I miss you,’ or ‘I love you.’ Women that are cool as hell and fine as ever don’t even get call backs because anything they do that’s not like she did it is unacceptable. When you get to this point all you can do is hope that you’ve known her for less than a year because then you only have two to deal with the frustration and pain. Any romance longer than two years and I hate to tell you but you’ll have it bad for a long time.

Two: You start to actually feel sick. I’m talking losing weight and not eating, sleep becomes impossible and your body is just tired all the time. Ambien, Tylenol PM, Percocet, liquor, none of it works. Because you’ve convinced yourself that the only medicine you need is her. If you’re this way, then ask your grandma to add you to that prayer list at church because you’ll have it bad until at least Thanksgiving when food just becomes too tempting.

One: Social Networks!!!!!!! Anyone that has any ties to her what’s so ever, you delete. Friends, family, that little thing on the side that says, ‘my ex boo likes Master card.’ You delete all that because any reminder of her makes you want to punch a wall. And not the fake punch where you know you aren’t going to hurt your hand or the wall but an actual punch where you need ice. I don’t really mind saying I’m a social network guy, I have most of the readers I have because of Facebook. I write a story, people share it, people want to be tagged… so on and so forth. So for me back when I was “having it bad” the thing I loved most which is writing became really hard because every time I was on the internet I would run across someone that had a tie to her. All I could do was delete them and write my way out of my funk.

At the end of the day if you are currently experiencing any of these traits you have it bad and just accept it and hope that she doesn’t get married before you get over her. I’d hate to read a FB post or tweet about people getting shot at a wedding.

You all enjoy your weekend and kiss someone before Monday, kisses make life better!

One thought on “Five Symptoms of Having It Bad…”