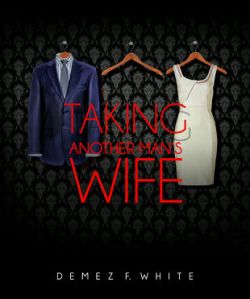 “Are you fucking her?”

“You heard me, are you fucking her!”

“That’s not any of your business, you have a husband. Worry about who he’s fucking.”

“I don’t have to worry about who he’s fucking, I gave him some this morning so he’s good.”

That was two hours ago, he hung up right after that and she’d been calling ever since. The last time he looked at his phone it was twenty missed calls. She only said it to hurt him; he knew that much, but what he also knew is that she was probably telling the truth.

What kind of right did he have to get mad at a woman for having sex with her husband? That was just as stupid as her getting mad at a woman posting about how good a time she’d had on his Facebook wall. The text started ten minutes after she’d wrote, “I had a great time last night, can’t wait to do it again.” The calls started five minutes after he responded, “The feelings mutual, you looked amazing last night, I needed that.” Nothing sexual happened, it just felt good to him being able to hold a conversation and kiss a woman good night knowing there was no one else in her life.

But she didn’t see it that way. Call it jealousy, call it insecurity, call it crazy. She just didn’t understand why he needed to go out with other women!

He wanted to turn his phone off but his grandfather was in the hospital and in case someone needed him he needed to have his phone on. She’d long ago filled his voicemail up, the messages went from, “I’m sorry, I didn’t mean that,” to “fuck you, if you can’t answer me, I’ll just call my husband to come home early from work.” Every insult was followed by an apology, every hateful word was followed by a lustful counter.

Washing his truck, the headphones drowning out everything around him he jumped when he felt the cold water hit his back. Turning around she was standing there holding the water hose. He started walking towards her when he saw the little boy in the car seat in the back; he looked just like his father. She sprayed him with the water hose again, this time in the face. He walked over and snatched it out her hand. “You can’t answer your fucking phone!” She said, loud enough for her son to hear though at his age he wasn’t sure if the boy understood his mom was a damn fool.

“What are you doing here? You have a bad habit of stopping by uninvited.”

She stepped closer, “You didn’t have a problem with me coming by uninvited when you were inside of me last night.” “You shouldn’t have brought his son over here like this,” he didn’t want to stare at the child but he couldn’t help feel guilty. “He’s a baby, he doesn’t know what’s going on. He doesn’t know his mother is over to her boyfriend’s house trying to apologize for being a bitch.” She tried to hug him but he stepped back. Kids had more sense than parents gave them credit for. “You need to leave.” He started back washing his car, he shouldn’t have turned his back to her. He didn’t know where it came from but as soon as he looked up the passenger side window on his truck shattered. Her baby was screaming in the back seat but she didn’t drop the tire iron that was in her hand. “I swear to God if you see that bitch again or ignore me the next time it won’t be your window I aim for.” She got in her car and calmly pulled off.