Why You Can’t Respect Her Without Respecting Her Relationship… 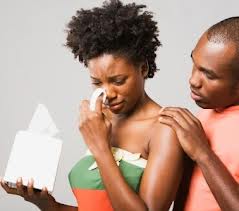 Whenever I’ve dated a woman I’ve always had one rule when it came to male friends. If you knew him before you knew me I have no right to tell you who you can and can’t be friends with; I owe it to you to trust your judgment. However, if you meet the guy on a Tuesday at the gas station I don’t want to hear about you making new friends. That’s my logic and it mostly works. Sure, you’ll have the guys that hang around pretending to be friends waiting on you to mess up but the truth is if they had it in them to get her they would have gotten her a long time ago.

That’s me when I’m the boyfriend but what about when I’m the other guy. When I’m the friend that women lean on when their man isn’t acting right or when she just needs a male perspective. Do I tell her the truth and bash the hell out of the guy she loves because he deserves it? Do I lie and make her believe that everything will be okay and it’s just a rough patch? Or do I respect what they have and give her advice that will make her happy and help save her relationship?

The point where men mess up is they think by hating or bad mouthing her man they’ll get in good. They’ll fill the void she has when she breaks up with him but that’s a loser way of thinking. The truth is no matter what you tell her she’s not leaving until she’s ready so all you can do is be honest with her. Talk about his good qualities, talk about why she loves him and needs him. Her friends will talk bad about him, she will talk bad about him. When it’s over and she’s crying and hurt all she’ll remember is that you were the one that didn’t judge her or judge him. And in those moments where she’s just looking for someone that understands her you’ll be the one left standing. Now I doubt you’ll get anything sexual from her if that’s what you want but what you will have is her respect and her loyalty.

Women love hard, they always have and they always will. No matter how good of friends you think you are with a woman you can never win. The winner, the man she chooses will always be the man that’s in her bed, the man her heart belongs to. No matter how bad of a person he is if she loves him that’s where her loyalty will lie no matter how much you’ve done for her. So as a man you have one decision to make. Respect her relationship no matter how much you dislike him or walk away. No one will fault you for either one. If you walk away maybe she breaks up with him in six months and shows up at your door crying or maybe she marries him and the only time you talk to her is on FB when she sees you online. Either way, accept that the heart is greater than the mind when it comes to man/woman relationships.

You don’t get a win for being nice. Women like sweet and caring and secure but they don’t get wet for sweet, caring and secure. They get aroused for the men that protect them, take control of situations and allow them to feel like women. The guy that says, “Whatever you say babe,” is not getting as much ass as the man that says, “…..” and gives her a look or pushes her up against a wall and makes her shut up with his tongue. You didn’t become the “friend,” because you’re nice, you became the “friend” because she’d rather talk to you than f*ck you. Respect that and learn from it.