It’s Not Your Fault You’re Not Her 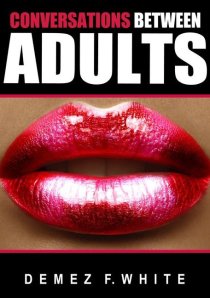 Jazmine Sullivan has a song called, “In Love With Another Man,” which is sort of self explanatory. The song is dope because she’s saying what most women know but don’t like to admit. You may be a better man, you may treat me better and love me harder but I’m in love with him and not you. The ironic thing is men feel the same way at times, it’s just not easy for us to express.

It’s not hard to make someone fall in love with you. If you have it in you to be what they need you to be it’ll happen and it’ll happen fast. In my younger years I would always say, “It’s not my fault you caught feelings. I was upfront with you.” What I didn’t want to admit is that I was doing things that endeared me to her. You can’t treat someone like they matter when that’s not what you want from them.

The hardest conversation in the world to have is telling an amazing woman that I know you’re great and you know you’re great but I just don’t want you. No matter how much you sugarcoat it or make it about your shortcomings, all she’ll hear is, “You don’t want me.” A million reasons and excuses may come but what you really want to say is… “It’s not your fault you’re not her.” I don’t dream about you. I don’t cut off conversations at work when I see your name on my phone. I don’t cancel plans to see you. I’d do those things for her and you’re just not her. It’s harsh but it’s the truth and this is some more truth. The only way to get over not being with the person you want is to find someone better than them. Not a knockoff of who they are, not someone that’s going to do what they weren’t doing but a person that’s simply better than them.

You want to know why so many women were hostile today? It wasn’t because their child’s father isn’t in their life. It’s because most of them still haven’t found a man to replace him. They may have boyfriends, in some cases husbands but the man they’re with doesn’t make them feel like the man that shares DNA with their child. Love turns to resentment and resentment turns to hate.

It’s not that man’s fault that the woman he loves is in love with another.

Just like it’s not a woman’s fault that the man she loves only wants the woman he loves.