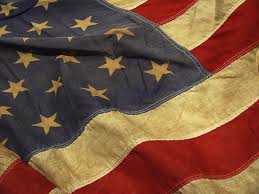 America, Syria, Moral Obligation and the Machine
The United States has the largest military in the world. We have the most military contractors in the world. Our Navy could go against every country in this world and we would win. Our Air Force could wipe out any foreign military that we want. We spend more money training our marines than the University of Texas spends training a 5 Star QB.

Regardless of what you think our nation was built on war. We won our freedom by fighting the British and after we beat them we went on to murder every Native American that wouldn’t leave their lands and lay down.

As a country we import three times as much as we export. Clothes, technology, food, cars and almost anything you can think of. Why is a country that’s so dependent on other countries and relatively small so feared, so respected? Because every country in this world knows that our military influence can break them.

The only way to justify spending the amount of money we do on our military is by actually using that military. The reasonable part of me wants to believe this is simply about helping a country that’s being oppressed but if that’s the case there’s countries all over the continent of Africa, countries in South America that are experiencing genocide. We’re going to war because we can beat them and show our power.

War is necessary in the world we live in, there will be times when there is no other options. In the vase of Syria this is not one of those times. Our military is a hammer, they are very good at blowing things up and winning the fight. However, when you destroy a nations military and make proud men beggars you create enemies.

We’re still in Iraq and Afghanistan because if we leave them defenseless all hell will break lose. We can’t save everyone. We don’t save African or South American or Ssian nations so why the moral obligation to the Middle East?