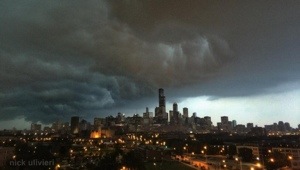 “Where is he?” It had been at least two years since I’d seen him. Maybe longer than that. There were about ten or twelve people in the room and I didn’t recognize any of them but his wife. She stood out from the rest of them, her posture and mannerisms were the first thing that gave her away. Even though she didn’t come from where we came from she still played the part. Asking them if they wanted anything to drink or fixing plates. A part of me knew it was all just to keep herself busy.

Rubbing her shoulder, trying to meet her eyes, I asked her again. “Where is he?”

“Why are you worried now? He blames himself you know. He still talks about you like you’re his bestfriend. I didn’t know bestfriends gave up on each other.” She needed someone to take her frustrations out on. I knew she missed me, they both missed me but I did what I knew was best. At least that’s what I thought, until looking in her eyes.

The woodwork in the kitchen was beautiful, hand crafted. The entire living room was glass on three sides. The last time I was here they’d just started construction and now it was everything she designed.

She slammed the glass down on the counter making a few of the men in the room look our way, the look she gave them let them know this wasn’t their fight. 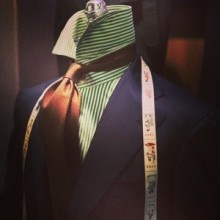 “One picture. He only keeps one picture in the garage. It’s not of his mother or his brother. It’s not of our children! Who I’m afraid to have around right now because some fool might come shooting! The only picture he has in his beloved garage is of us. You, me and him. It’s not just him you gave up on Alek! You gave up on me, on your godchildren. He’s in the garage. He wanted to be alone but his people aren’t going to leave him. They have their faults but their loyal.”

I know she needed to talk, needed to vent but today wasn’t about her.

Aaron and Allen were twins and they’d grown up with us. We all played baseball together. My career ended in high school once I realized my fast ball topped out at 60 mph. Aaron and Allen were suspended for fighting and just said screw school. Niles was the best out of all of us. He could swing a bat like Ken Griffy Jr. and throw a ball like Roger Clemens but once the three of us stopped playing, so did he. I graduated to college and the three of them graduated to the streets.

Aaron and Allen lived Niles because he gave them purpose. They were just being thugs to be thugs but Niles gave them a reason to be thugs. He took pistols out of their hands and told them to use them only when necessary. He showed them how to save money and get what they wanted with respect and not fear. They were his soldiers and even though they were smiling I could see the disappointment in their eyes.

“It’s been a minute Alek, hate for this to be the reason you’re coming to see your man.”

“You know Niles, he’s ice; but that’s mostly for the soldiers. It was his brother. Outside of us going to the funeral home and the service today, he hasn’t left the garage. The streets are waiting and the goons are getting antsy but we won’t do nothing until the boss tells us which way to rock.”

Stepping past them and taking the stairs down into the garage he saw why he spent so much time down. Calling it a garage was a disservice. There were three cars in there and a couple bikes but there was also a pool table, a bar, a couple couches and full bath. He was still wearing the suit he wore at the funeral, the sleeves were rolled up and his tie was loosened on his neck.

There was music playing in the background but he didn’t know the rapper. He was polishing the candy red Impala. There were two luxury cars and an SUV in the driveway but he was focused on the oldest car in the garage. The one he’d bought from his brother when he was only 16 for 600 dollars. They went all over Texas in that car and got stuck so many times they both learned how to work on cars.

Walking towards him he looked up and threw the rag on the ground before breaking out into a big smile. It started with a handshake before he pulled him in to a hug. They’d been friends since they’d both been forced to sit in church all day at the age of 5. They’d borrowed clothes, fought together, shared women and money. But at some point Alek had to make the decision that the life Niles was living was going to get him killed and he couldn’t watch his bestfriend go down that path. Walking away from his friend meant walking away from the wife he introduced him to and the godchildren he’d come to love.

“They shot him like a dog in a ditch A! They caught him leaving home and going to work and hit him over 24 times. My brother wouldn’t about this life! You know that shit! Everybody know that shit! The police acting like this over a bitch but what nigga you know do ambush him and hit him that many times and be that clean getting away if it was over a bitch?”

He grabbed the bottle of Johnny Walker Blue Label off the bar and poured us both a glass before he picked up a football and started throwing it in the air.

“He asked about you a lot. He thought maybe you tried to creep with my wife or some shit like that. Everyone asks about you, even my kids and you know… I don’t have answers for none of them because like them I’ve spent so much time trying to realize why my bestfirend got ghost on me when I needed him the most! When his bestfriend, my wife needed him! I buried my brother today but I buried my other brother the day you walked out on us!”

“You know why I had to leave bro. You have enough money, you got the house and the wife and the businesses, why the streets!? If you don’t get got by whoever hit your brother or the cops, it’s going to be one of those young boys upstairs that want your spot!”

He threw the football at the wall and got in his face.

Putting his drink down on the table he straightened his own tie and looked Niles in the face.

“I know who killed your brother.”