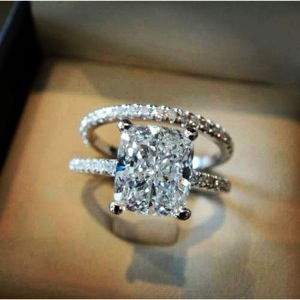 I’d like to watch you dance in the middle of the room with every one watching.
Your smile and energy making every woman envious that she’s not you and every
Man jealous that he’s not me.

Your hips moving, your eyes making love to me, enticing me, teasing me.
Me trying not to smile, trying to be serious but your spirit sucking me in.
Biting your lips, licking your tongue out at me, your body so in sync with the music
That I can’t help but think this song was created just for you.

Walking across the dance floor, sweaty bodies in my way, drunken laughter in my ears.
I watch you turn away man after man, woman after woman, your essence addictive.
My hands on your hips, your hands around my neck, whispering to me.

He wasn’t himself. He wasn’t flirting with me, his laugh wasn’t the same. The house was freezing even though it was breezy outside. Usually all his windows would be open.

“Let’s get out tonight. My treat babe! We can go to Kams, have some wineeee.” I sat on the ottoman in front of him and took the glass out of his hand.

“Did you mix this with anything?!” It was so strong I got up to get myself a glass of juice. The kitchen was spotless, the bedroom was spotless. The floors shiny.

When he was stressed he cleaned. He got that from his grandmother.

I walked into his bedroom and opened his closet. Picking a shirt and tie I stepped out of my dress and bra and laid them across the bed. I hated seeing him like this and nothing I was saying was getting to him. So I’d have to try something else. His iPod was lying next to his watches and wallet, I turned to a Jeezy song I could really pop it to but then I realized something sexier was needed tonight. I found Dirty Diana by Prince, this would work better. Buttoning two buttons on the shirt and placing the tie around my neck I walked in the living room and placed the iPod on the dock.

“I’m here for you in whatever way you need me to be. Right now you need to clear your mind. Let me help you do that.”

The song started, I started to step on the ottoman with my heels on but kicked them off. I whipped my hair and bit my lip, swung my hips and fell to my knees playing with the buttons on the shirt. Moving my body to the rhythm of the guitar. Opening my legs in front of him I moved my middle finger along the edge of my panty line.

Our eyes were connected, I wasn’t touching him but I could feel his heart beating. Stepping down I straddled him and placed the tie around his neck, using it for leverage I rode him like we were naked, I could feel him responding through his jeans.

“You’re the only man I’ve ever danced for. I love you.”

His lips found my neck and his hands my ass. “I’m scared. I need you, I can’t do this alone.”

I grabbed his face and stopped dancing. Wiping his tears I kissed him like I needed him. I was trying to suck and kiss his pain away. If I could make it not hurt for him I would.

“You don’t have to do this alone.”

“You call my boss and I’ll call yours.” She drank yesterday and most of the night like it was NYE. We both did but it didn’t bother me much. My baby on the other hand…

Her naked body was under the covers, the only thing visible were strands of her hair on the pillow and a couple of pink fingernails reaching for her cell phone.

Looking out the window at the cloudy sky I knew neither one of us was going to work today. She was joking about us calling each others bosses because she wasted no time calling hers. In a matter of seconds she went from groggy and sluggish to professional and serious.

“I’m not coming in today. Push back my two morning meetings to Wednesday morning and forward any important messages to my iPad.”

She threw the phone on the floor and sit up stretching. Maybe it was instinct or lust or just morning wood but seeing her nipples made me climb back in the bed. Every time I touched one and heard her moan I could feel her body transforming.

I swear I knew her body better than I knew my own. The harder I sucked the nipple the more her legs opened. Her body was like a game, you reach one level and the next was even wetter.

“Let me sit on it.” She whispered it like she didn’t want anyone else to hear. Lying flat on my back in the middle of the bed she climbed on top of me. The warmth of her pussy always suprised me.