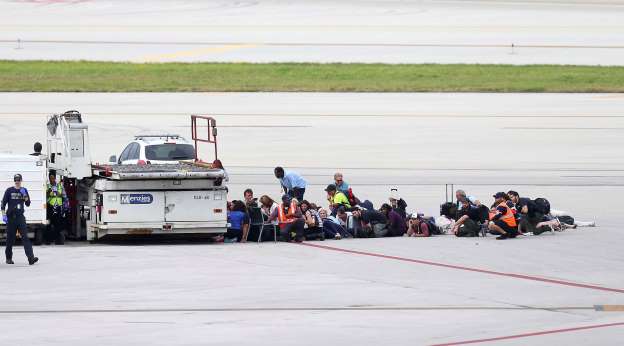 We’ve all been at home watching the news and you see something unimaginable happen and what’s the first thing you think, “That’s horrible!” Even though in the back of your mind what you don’t want to admit to yourself is, “I’m happy it wasn’t someone I loved.” This doesn’t make you a bad person or an evil person, it makes you human. None of us want to pass an accident on the road and imagine it’s our child or woman or mother.

So today as I’m boarding my plane to Havana and buckling my seatbelt I look at my phone one last time before I put it in airplane mode and the CNN update says, “There has just been a shooting at the Ft. Lauderdale airport in Florida.” An airport I just left my girlfriend at, an airport my cousin works out of often. The flight from Miami to Cuba is 45 minutes and that was the longest 45 minutes of my life.

When I arrive in Cuba there’s no WIFI, no cable, they have their own cellular network, everyone speaks Spanish and I notice no-one is on their phone tweeting or texting or snapchatting. My mom tries to call me and the call drops, my girl tries to call me and the call drops, customs doesn’t want to let me leave Cuba because they’re wondering why I landed and stayed for three hours just to leave. What’s supposed to be this perfect vacation to start of 2017 has turned into this nightmare moving in slow motion. The not knowing killing me more than bullets ever could.

After a plane ride, a bus ride, a train ride and AT&T suspending my service for using my phone in Cuba I’m waiting at a train station in Miami. Half my luggage gone, lost or stolen and half my heart in the pit of my stomach. Who do I see pulling up to greet me, the two women that seem to always have it together but managed to scare me to death.

My phone now functional I get text after text, call after call, message after message. Telling me in the heart of the storm my reporter put aside her fear and told the world a story that needed to be told. In the blink of an eye she owned her courage and did her job.