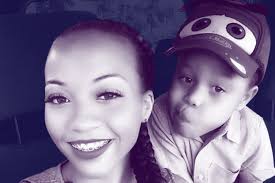 You know what I’ve noticed these past couple months, with almost 100% certainty if I say anything praising or defending black women I will get a get a man that disagrees with me. He’ll say something like, “You’re pandering to them” or “You’re just telling them what they want to hear.” I’m often confused because most of my statements aren’t the kind of statements that cause friction but none the less these guys come at me guns blazing.

I know four things about the Korryn Gaines story.

1. She has a 20 minute video where she was pulled over and it doesn’t make her look good. People have seen that video and decided she deserves whatever happened to her.

2. The police lied about getting the key from the super and kicked in her door. They shot first when she was holding a child.

I’m a smart enough man to know two things. The first is I’m not going to sit on this computer and condemn police for a murdering a black woman when I don’t know what happened in that apartment. The second is I’m not going to condemn a black woman for provoking police when they kicked in her door over parking tickets. I have a ticket for an expired inspection sticker, should I expect a SWAT team to kick in my door, shoot my dog, pull my girl half naked into the front yard and handcuff me? That’s what we’re doing over parking tickets? We get so caught up into wanting to make people victims or heroes that we tend to forget most of these violent encounters start over the smallest things. Parking tickets? Selling CD’s? Selling DVD’s? A broken taillight? When does common sense overtake the need to be right?

“Korryn Gaines used her son as a shield?” “Korryn Gaines should have never had a gun?” Even though she was in her own home. Korryn Gaines wanted to fight with the police even though they kicked her door in. Do I believe black men need to stand up and scream Black Lives Matter and get angry over Korryn? No, not at all, but I do believe that we should just accept she was in the wrong and move on? When police shoot someone they often lie about the circumstances, especially when there’s no video. This is a fact. So why are we so quick to throw this woman away?

People will accuse me of pandering to women for saying what I’m about to say but I know it’s the truth. Had that been an attractive black man in a room protecting his cute son with a shotgun from officers that kicked in his door over parking tickets black women all over this country would be shouting his name! Black men would be posting Malcolm X quotes and talking about how he went out protecting his family! We would give him not only the benefit of the doubt but even if he was in the wrong we’d make him a legend. Not only are people not waiting for the facts to come out but they are calling this woman everything from a fool to a coward to a crazy person. I don’t need anyone to answer me but I’ll ask anyway. If the roles were reversed would black women be this silent for us?

This past week has opened up my eyes to what so many people see me as. When you get caught up in being in your bubble you tend to forget that there’s a world out there that will always see you as a nigger. In my 6 years of writing this blog, this may be my first time saying this word.

These past two weeks have opened my eyes to something I was ignorant too. No matter your education, your intelligence level. The way you speak or the way you dress, too certain segments of this population seeing a black face means the same.
The moment I walked into my doctor’s office and told them I had an accident the first question they asked me was, “What lawyer sent you?” Thought that was odd but okay. I go back a week later and tell them I need a refill on my prescription, they ask, “You sure you’re in pain?” Thought that was odd but okay. I tell them my job needs an update and I’m told, “We can make sure you’re off work for months if you don’t want to work. They’ll pay for it.” Now it’s not odd, now there’s no okay. I want my fingers to heal so I can write, I want my shoulder to not feel like it’s in a vice grip every time I sit down or lie down. These implications that I’m a scammer or junkie or don’t want to work are offensive. “But sir, we didn’t ummm…” You didn’t what? Realize that these dumb ass assumptions are either racist or ignorant?

We can tell these boys and men out here to speak better English. To present yourself better, to watch how you talk to people, hold your head down, don’t make them feel uncomfortable. Don’t ask questions, don’t put yourself in a position to be misunderstood and shot. What is it going to take for us to stop asking these questions? To stop going at each other and realize we need each other? Would it be easier if a man like me was shot? A guy with no criminal record and no questionable pictures, a guy that has hundreds of blogs and articles people can quote? Life is life and not everyone’s life comes in a pretty package but they still deserve that life if they haven’t done anything to lose it.

Who am I? I’m a black man that’s a stereotype, that’s a statistic. I grew up with a father that had a lot of kids he didn’t bother getting to know. I grew up in a neighborhood with gangs and drugs and a school district that had low test scores. Who am I? I’m a man that has refused to let any of that define me.

Often times when social issues come up other races and even some black people believe we take up for anyone regardless of their crime. That’s foolish and just not true.

My grandmother is 73 years old. She lives alone. If a 19 year old black kid breaks into her home and harms her are I or anyone I know going to cry for him? Are we going to wear t-shirts or say the police were too rough? No. Every circumstance is different and what is igniting these fires is the extreme nature of these cases. Not officers doing their jobs.

We all have a decision to make. Stand up for what’s right or live your life as a coward. 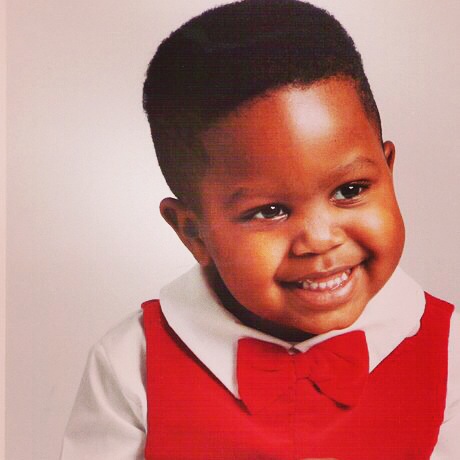