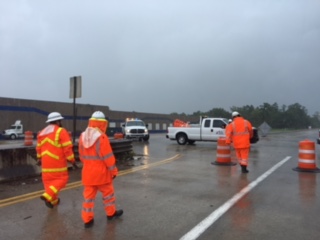 I was born the year Hurricane Alicia hit Houston. My grandmother would tell me stories about us not having lights and being flooded in for a week or so. I was only around six months old so I don’t remember any of it but I’ve often wondered what it must have been like for them. The stress, the fear, the anxiety, the nervousness.

I feel like I haven’t felt the warmth of my woman in months and it’s only been a weekend. I feel as though I haven’t seen my mother’s smile in years or heard my God Children’s laughter. I’m constantly cold because we’re all constantly wet. I’m constantly checking my phone to make sure no one I love is stranded or hurt. I’m constantly looking out of windows and doors hoping to see sunlight or clear skies. I say these things not to complain but to say that we’re all feeling the same emotions. The same sense of helplessness, of loss, of uncertainty. 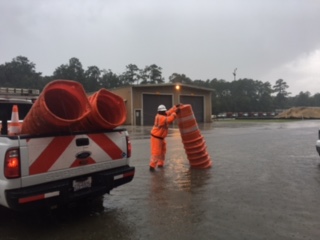 I’m working with a Hispanic guy who’s father and sister are trapped in Monterrey, Mexico. A Kenyan who now lives in Katy, a Ethiopian that lives down the street from where I grew up but in the gentrification section. I Mexican guy that doesn’t speak Spanish and loves comic books and tattoos. These are the five men I’ve shared food with, walked in waist deep water with, told everything would be alright when they’re worried about their families. There have been no conversations about elections, about race or about status in life.

Everyone ten minutes or so I hear helicopters flying overhead. I see alerts on my phone for flash flooding. Every time I look out the backdoor I see that the water has risen just a tad bit more. None of this scares me, none of me makes me second guess coming to work or not leaving when I had a chance. I think about the roads we closed and what would have happened had we not and someone drove into that water. I think about responsibility and sacrifice.

We all have a role to play, be safe out there. 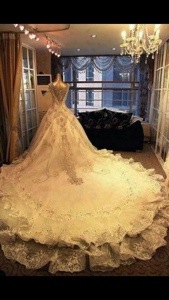 There aren’t any consultation prizes in the game of love. You either win her heart and commitment and live happily ever after or you lose.

I know most people don’t like admitting their sins out loud but I’ve learned everything we Bo thru makes us everything we are. I’ve dated women that had men at home, women that were engaged and married. I even fell in love.

Maybe if I was writing this at 5pm I would say what I’m supposed to say but it’s 5am. I was willing to share her, willing to be with her knowing he’d been inside of her, consulting her, cuddling with her.

For her I was willing to sacrifice my pride, my logic and my good sense. Do you want to know what stopped me?

Touching her, hearing her voice, soaking in her laugh. Having those in my life on a part time basis would have killed me.

So I chose life over death.

I chose celibacy over lust and pleasure.

I chose to push away the most influential woman in my life because in the end I couldn’t share her. 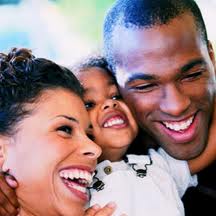 Last week I was messing around with this website that does this face mash thing where they take two faces and create a baby. I thought it was the coolest thing in the world until I realized all the children looked the same no matter who the parents were. But it did get me to thinking, I’ve never really known my father on a personal level and I can’t say how that’s impacted me. I’ve had good role models in my life.

But I’m sure it has in some sense or another. How could it not?

I often think about my son though or who my son will be. I think the dream of any father, of any man is that your child becomes a better person than you were. Is that you leave him a legacy and a path that will allow him to be great. I don’t know who his mom will be let alone what he’ll look like or what his passions will be but I do feel like I’m creating a legacy for him.

Him being proud of me when the day comes is what matters to me most. Him standing up in a classroom and talking about how cool I am or how I read to him.

When I think of Dr. King on a personal level I think of the legacy he left his children, his wife. They had to share him with an entire community, a race, a cause. I’m sure he missed a lot of birthdays and little league games but it was for the greater good and how can you not be proud of that if you’re his children?

MLK had a dream that the world he came into wouldn’t be the same world his grandchildren came into to, that his children grew up in and that came to fruition. More than the speeches, the photos and the quotes is his sacrifice. Because not many are willing to give up what he gave up, to leave your family and peace for a greater good!

When I do have my son and I’m going on book tours or working crazy hours so that he could go to schools I didn’t go to or travel to places I couldn’t I want him to know this didn’t start with me. This started with the men and women that made these sacrifices in 1963, 1964, 1972… I want him to not only have a sense of what I’m giving up to make sure he becomes great but I want him to know what others before he was even thought of gave up.

Today isn’t just about celebrating a man, today is about remembering a legacy of selflessness that is rarely seen anymore. He didn’t run for office or try to build a mega church, he marched, turned the other cheek and pushed for real reform. And it’s not just about Dr. King, it’s about the countless others that were there with him.