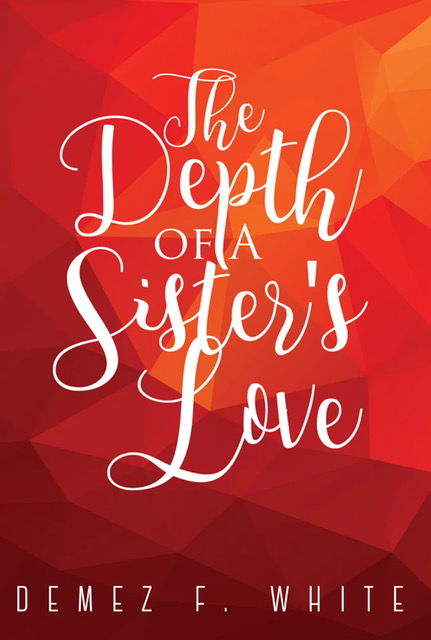 A sneak peek into The Depth of A Sisters Love

He was no longer the first call she made when she had good news.

Naked bodies cuddling in the moonlight a distant memory, now simply two strangers sharing a bed ignoring the fact that neither could sleep.

What do you say to someone that you know loves you but you also know is no longer in love with you? People have written love songs for years about missing the love of their life or wanting their lover back, who has ever written a love song about the love fading away?

Standing at the door watching her place the last of her things in her car he felt the tears in his eyes. Tears not caused by a broken heart but tears of regret. What could have been, should have been, had their beginning been different, had he been more willing to be the man she deserved?

She took her time trying to make the bags fit in a car that wasn’t made for moving. Glancing back at him trying to be strong even though strength was the last thing on her mind. She’d yelled and screamed and made threats about how he would regret it but in the end, when all her energy was gone and the facade of a potentially great love was shattered. She knew the truth. Her heart was no longer in it and it would hurt her losing a friend more than it would hurt her to lose the man.

No tearful goodbyes asking her to stay.

No midnight text messages telling her he needed her to come home.

Watching her speed down the street hear taillights fading as she turned the corner he knew he’d made the right decision. He knew she’d fine happiness in the world she could never find with a man like him.

Every corner in the house, every couch, every chair, every inch of his desk was a reminder of her smile, of her innocence, of their passion. Reminders that would burn deepest when the nights are the quietest. Looking in his phone there were dozens, hundreds pictures of her. Some innocent, some that only he would ever see, the memories too much to handle.

“I have nothing, you took it all and now you’ve taken my heart. You said you’d break me and you did, I’m too good for you.” Her words a constant reminder of his failures as a man.

He now knew the meaning of love songs and looking at the blood moon out his window he smiled as though he’d made the revelation of a lifetime.

“Why are they called love songs when the words that inspire them hurt like hell.”

Lying down on the floor he just listened to the music and stopped fighting the pain.

The sound of metal hitting metal jarred him awake! Jumping up and looking around he heard it again!

“I told you not to hurt me! You must be crazy to think I’m the only one that’s going to walk away from this devastated.” He looked out the window to see her and her younger sister standing on his front porch with baseball bats, her older sister was leaning against the car.

He laughed, “Now I see why they call them love songs. You have to be crazy in love to put up with this shit.” 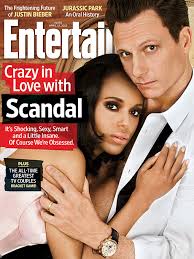 I’m not one of those people that watch Scandal because the lead actress is a black woman. As a matter of fact that almost does the talent and writers of that show a disservice. I watch Scandal because I love political and legal dramas. I watched “The West Wing.” I love “House of Cards” on Netflix and “The Practice” is my favorite legal drama with “Law and Order” coming a close second. Talented, ambitious and ruthless people all pushing themselves to do unspeakable things out of loyalty and for power? That never gets old.

It’s not that Scandal isn’t good. They’ll be some internet troll that reads my title and completely misses the point. Scandal has too many great actors, too great a storyline to not allow the characters to grow more. Us learning more about the characters isn’t letting them grow. Kerry Washington is a star but she’s easily replaceable because of the content. I’m not even sure what the President’s name is but he could die tomorrow and whatever new attractive/ conflicted guy they brought in would fill that role because of the content.

This season should be one where we as an audience see more out of these characters. I have a unique viewpoint as a writer because I don’t blame actors when shows become redundant. I blame the people that are writing the show. What makes great television for me is when I can see real life without the chaos of fictional characters.

Scandal is a good show but if this season is like last season all it will be is a good show and by this time next year we will be talking about it being stale. It has the potential to be a franchise. To have a spinoff about Huck and the missions he ran while he was in that secret undercover team of assassins. Law and Order and Law and Order SVU have survived for over a decade because they constantly took stories from real life and switched out charters. You can be successful without recycling the same storyline.

That’s my opinion, looking forward to the season premiere!