If you made it pass the title and are reading this, I won’t play with your emotions. This isn’t a blog about why women don’t want “good men,” it’s a blog about why being a good man is becoming as cliche as saying, “I’m giving 100%.”

You want to know what kind of man constantly has to remind the world and women that he’s a “good man?” The sort of man that sweats insecurity and has to mask it by letting the world know he is who he thinks he is. I’m not a good man, if I’m being honest, I’m probably more flawed than most. But what I am is a man that recognizes my faults and is willing to try.

Four- I said it earlier but if a man is constantly telling you how good of a catch he is or how he’s this great guy you should probably run. It’s sort of like those women that put, “Kim ‘Beautiful’ Jones as their Facebook name. Do women that get 10 inboxes a day and have exes from 2007 still sending text like, “So what do you want for Christmas?” Have to say, “I’m beautiful? Nah. If you’re that dude or that women, people know. Believe me.

Three- Good guys have the tendency to be “yes men.” A lot of women think they want a man that’s going to cater to them but it’s sort of like eating a food you love every night of the week. Eventually you’ll just get tired of it. Guys that cater to a woman’s every need forget one thing. Half the time women don’t know what they want themselves and they need aggression, conflict, tension, force. They need for a man to take control and say “I told your ass no! You’re not going out tonight. Now take off those clothes, get back on this couch and let’s watch this episode of Empire we DVR’d.” 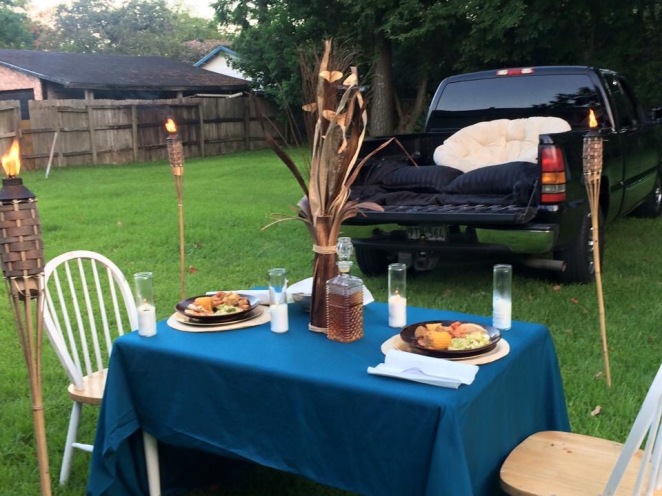 Two- Good guys let the better man win. Or sometimes he doesn’t even have to be the better man. He could just be the man that’s going harder for her affections than he is. It’s the “honorable” thing to do. Women aren’t playing games or trying to make you see how valuable she is when she decides to entertain another man. Sometimes it’s as simple as, men get comfortable and stop being the man that we were when you got her. It’s okay to fight for the woman you believe is destined to have your children. It’s okay to let your testosterone ring and tell that guy, “If you call my girl again, I’ll beat your ass.” Being a man isn’t always about taking the high road or being a good guy. Sometimes it’s just about letting that animalistic instinct out and being a man in our most primitive form.

One- Good guys worry about hurting women. Every man should want to worry about hurting women but when you love hard, when you love on a level that has no boundaries. Sometimes there are casualties. Good guys take off clothes slowly and wait till she’s had a shower and is comfortable. It’s necessary sometimes to rip the buttons on that blouse she loves, to kiss her and push her up against a door after she’s been at work for 9 hours. It’s okay to tell her the truth and make her cry when all she needed was for you to lie to her while she vents. Love isn’t always pretty, it isn’t always nice and good. Sometimes love is harsh and rough and nasty but that love is perfectly imperfect. 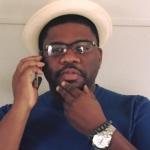 One of my favorite movies, not necessarily because of the acting, is the Butterfly Effect with Ashton Kutcher. A quick synopsis of the movie is: A professor or Kutcher builds a time machine and the machine allows you to go back and fix the smallest mistake that changed the course of people’s lives. It could be something as simple as going home instead of to the park or calling one person to hang out instead of another.

The movie got me to thinking about the decisions I’ve made in life. Now I won’t pretend that I’ve been to prison or made mistakes that will haunt me but I do think about small things that happened that may have seemed small but in reality they altered the course of my life. Whether it was not re-taking my SAT’s to get a better score or not doing a semester at sea.

There are so many and to think about them all would not make much sense but it doesn’t mean that occasionally I don’t wonder. It’s such an old concept that never really gets old when you think about it. Like what if great generals would have gotten shot right before the war started. What if Rosa Parks wouldn’t have gotten on that bus because she got a phone call that her sister was sick. The effect that one decision can make on who we become and our legacies are exponential.

If I’m being honest I can’t say I regret a lot of decisions I’ve made but I can say that as I get older I regret missed opportunities and where those opportunities could have taken me. The good thing about the Butterfly Effect and life in general is that with each day comes a new opportunity to make decisions that will shape our lives and effect not just us but so many people around us.

Struggle is sort of a foreign concept to me. I’ve had disappointments and setbacks but I can’t say I’ve ever really felt helpless or thought that things wouldn’t work out. That’s mostly because of family and the people I’ve had on my life but struggle scares me. Death doesn’t, we all have to die, I just hope I die accomplished and loved. But struggle, that’s not something I ever want to experience. It’s okay to lose occasionally, you aren’t going to win at everything you do in life but struggling and losing are just different. Losing means you gave your all and you have to formulate a new plan. Struggling is losing on a consistent basis. It’s feeling as though no matter what you’re doing things just aren’t working. That haunts me, the idea that anyone could get comfortable with struggling and not want to fight. Not want to win. 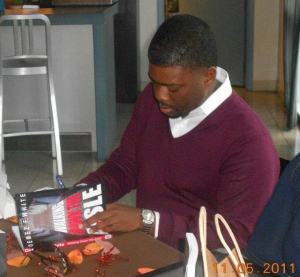 President Obama’s approval rating goes up 25-30% every time he’s photo’d with his wife.

President Clinton wouldn’t have been re-elected if his wife would have left him after he cheated on her in the oval office.

Jay Z was a rapper, a thug, a guy… Before he married Beyonce, after her he gets interviewed by Oprah, Barbara Walters and gets a part ownership in the Nets.

These are just household names; I can name a dozen other men whose careers sky rocketed after they were attached to the right woman. Whose lives went from good to great from the stability she provided.

Of course the fit has to work and they’ll be a lot that just don’t but when you find one that does the world opens up to you. I’ve told this story before but I don’t think I’ve given her the credit she deserves. I started writing, really writing, because of a woman. Because she looked me in my eyes and told me I could do it.

It’s true that you have to believe in yourself, I get the two thousand times I’ve heard or read that. But understand this and understand it clearly! There is not a better or bigger feeling in the world as a man than knowing a woman you love or want or care about believes in you. It not only changes you but it gives you life!

Men have went from cubicles to board rooms because a woman put him in a better suit and told him to take his boss to lunch. Men have written some of the greatest songs you’ll ever hear because a woman smiled and made love to him like it was their last night on earth.

Do you think I write about women so much because there’s a shortage of other topics? I write about women so much because I’m good at everything else in life. I’m smart, I’m logical, I’m a leader. And none of that matters when you’re dealing with fate. Because having that connection where you meet a woman that takes you from 0-60 in 2.5 seconds is fate.

Having that woman that sits you down and tells you what you’re doing wrong while smiling and being reassuring. That doesn’t grow on trees.

I’m a good writer now, I’ll be a great writer once I get that woman in my life that upgrades me.

Congrats to all the men out there that have that, you’re blessed. Don’t mess it up.